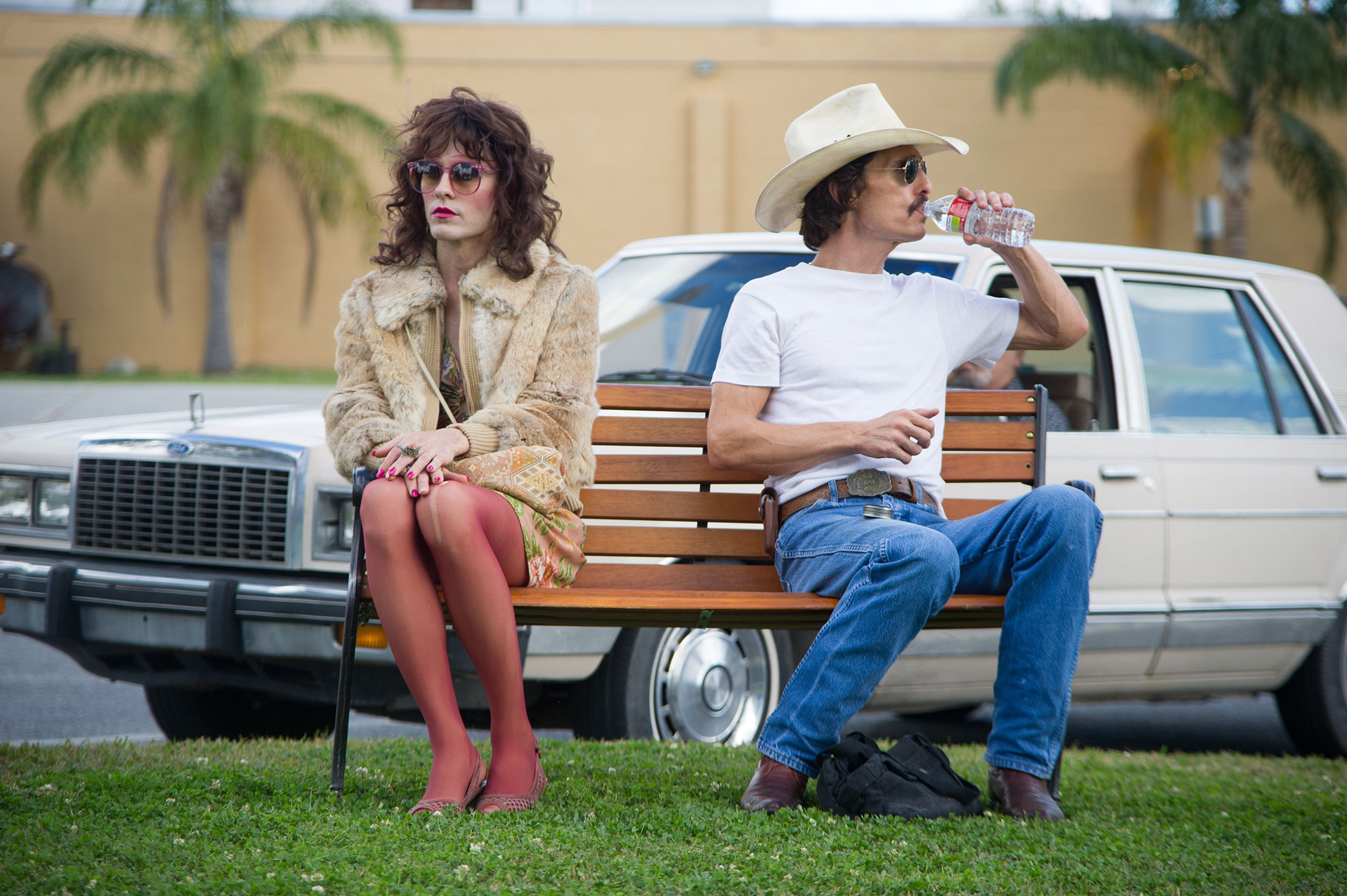 Matthew McConaughey is on a roll with his roles: killer, outlaw, stripper and sadomasochist, to name a few recent outings. And the Texan that started out in Richard Linklater’s “Dazed and Confused” and had a gift for John Grisham in “A Time to Kill,” gives each new character a sense of the frontier American male updated. In “Dallas Buyers Club,” directed by Jean-Marc Vallee (“The Young Victoria”), McConaughey embodies a Marlboro Man caught in a world that changed between puffs.

That certainly describes McConaughey’s Oscar-worthy performance as Ron Woodroof, a swinging, swaggering rodeo rider – and homophobe — that discovers he is HIV Positive in 1986. As a man that holds on to a bronco between his legs as long as possible for kicks and cash, this Texan, inspired by a real man, is not about to give a deadly diagnosis a pass. And, so, when the FDA refuses to make the treatments available that could possibly save his life – or at least prolong it – Woodroof creates a co-op called the Dallas Buyers Club to pool money and scour the globe for healing options. And, what the hell, he makes some bucks while he’s at it.

When the audience first spies Woodroof, the leathery dude’s having a three-way beneath the bleachers while in the adjacent rodeo ring, a bull gores a fellow contestant. It’s sex and death, baby, as Ron might say. Oh, and beer, too.

Ron is who he is — a swagger on two legs not an angel with wings. Woodroof doesn’t get the white glove treatment: He’s not a nice guy, or a particularly sympathetic character, but he turns a story about one man fighting the AIDS epidemic in the 1980s into an entertaining, even touching, Western with “High Noon” guts.

Jennifer Garner has a harder time navigating Dr. Eve Saks, the doctor who helps with Woodroof’s treatment, and ultimately befriends him, because her role is woefully underwritten. Not so that of Rayon (Jared Leto), the transgendered woman on the underground railroad of AIDS cures that Ron meets when they share a room at the local hospital.

Leto, the actor-musician (“My So-Called Life,” “Requiem for a Dream”), comes out of a four-year screen hiatus to nail the tragic beauty with her turbans and pocket books and pointed manicure. With Rayon, a character whose name is synonymous with synthetic, the Thirty Years from Mars frontman creates a damaged woman with a big heart that is absolutely genuine.

While recently, McConaughey has been on a juggernaut to Oscar recognition — “Killer Joe,” “Mud,” “Magic Mike,” and “Bernie” — it’s Leto that surprises with the unexpected depth and freshness of his performance.

Bottom Line: A tough slice of HIV history with killer performances from McConaughey and Leto.