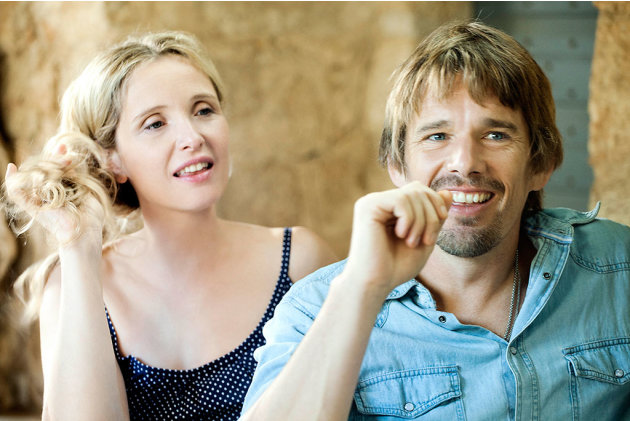 Must-See Movies Beyond the Blockbusters

Having met on a train nearly two decades ago and day-tripped together in Vienna (“Before Sunrise”) then reunited years later in Paris after Jesse published a novel about their night together (“Before Sunset”), the pair are currently coupled, with children. Now, in the waning hours of a summer vacation on a Greek isle, Celine and Jesse struggle to navigate the rocky seas of divorce, domesticity and approaching middle age.

Oh, what a difference nearly two decades together makes – both in the way the couple relates to each other, and the way the audiences relates to them!

The trilogy’s third day unfolds with end-of-summer sweet-sadness. Jesse bids goodbye to his tween-aged son (Seamus Davey-Fitzpatrick) from his troublesome American ex. Afterwards, the couple hangs with their twin daughters and continue to talk, talk, talk into the night about what works, and what doesn’t, in their relationship.

You don’t have to refer to the previous movies to understand “Before Midnight.” Just a look at those trailers suggests the challenge of keeping the lightning-bug-in-a-bottle of romance alive beyond a one-night stand, into an era of thickened ankles (hers), arrested development (his) and complicated domestic arrangements.

Out of the rich script collaborated on by Linklater, Delpy and Hawke, the male and female leads emerge multi-dimensional and riddled with flaws. The couple’s ability to finish each other’s sentences can lead to even greater misunderstanding: in a long-term relationship, you may think you know what the other is thinking, but do you ever really know?

What emerges is a brilliant, funny-sad contemporary comedy with sharp performances. While watching, you may identify with one or the other – and sometimes change allegiances mid-fight. When “Before Midnight” finished, my cheeks were wet with identification tears for Celine, struggling in the net of motherhood duties and parenting her husband.

Then the lights came up.

The beloved gay male critic next to me said, “She’s crazy.” She’s me, I thought, and kept quiet. I relished the fact that we could sit beside each other, enjoying one of the year’s best movies, and have completely opposite experiences.